A beginner's guide to Forum RPs 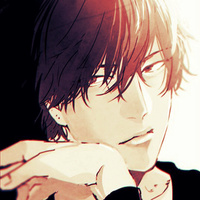 A beginner's guide to Forum RPs

Roleplay has always been popular, especially with the rise of social media platforms such as Tumblr and Facebook. However, not everyone is accustomed to Forum Roleplay; it is actually the most 'ancient' forms of RP on the internet and our older friends may remember it as 'Play-by-post'. In fact, Forum RP is possibly one of the least-understood and least-utilized role-playing methods available. This kind of RP is vastly different to that of roleplay games or platforms but the mechanics remain the same. Hence, I have written this guide to help out all those people that are checking out our forum right now and feel utterly lost if not confused.

I will explain in depth and guide you through the steps, so I highly advise you read this before joining a RP. You are not expected to read the whole post as it is considerably long and detailed, but I have tried my best to make this experience as painless as I can. Please, do take a while to read at least the process.

Lastly, feel free to post criticism. Even if I disagree, I will try to come up with valid arguments.

What is Forum Roleplay?:
A forum RP is a "forum role play". Basically, it is a form of progressive story telling conducted on a forum through posts, where a group of people are involved.

There are plenty of conglomerate sites focusing on having a wide base of themes, most notably Roleplayer Guild and Roleplaying Gateway. With the wide selections available at these sites, a player is almost guaranteed to find a story that interests them. If there isn’t one there yet, one can be started, and there are usually players to participate. The possibilities on a large site are endless! Then, there are the smaller forums and the tightly-knit groups of RP enthusiasts. Quite a few forums have developed specifically for one role-playing theme, with every bit of the forum devoted to that game. These can range in subject from sprawling quests to intricate puzzles; settings may be in Middle Earth, or Pern, or an entirely original setting. Last, the third group in this discussion is the fan/writer’s forum. Places like award-winning Speculative Vision, with a membership of over 900 and everything from writing discussions to off-topic ‘pets’ threads, and an old and elaborately constructed series of role-plays; or smaller, younger forums like Fifthwind Forums, where the focus started on writing and publishing, and role-playing has somehow become an integral part of all that. These places blend role-playing, writing, and fandom into a fun and friendly environment. Writers’ forums often offer a uniquely useful version of role-playing. Fifthwind Forums has a ‘Role-Playing School,’ and many of Speculative Vision’s experienced players are happy to coach a newbie through the first few adventures.

Role-playing a unique character builds voice, develops an understanding of fictional interactions, and can be an excellent practice arena. There are no premade stock characters here; a player’s imagination is key. The focus is not only on the game, but on writing, characterization, and plotting.

The Mechanics:
CHARACTERS: In general, each player plays and develops his or her own character. Characters may be original creations of the player, or may be based on a character taken from canon if the setting and rules provide this option. Each community may have its own rules regarding the process of character creation and either allow characters to be liberally created and used with minimal review, or require characters to undergo a review process in which administrators examine the character application and decide whether to approve or reject the application. In many cases, characters are regarded as belonging to the players who created them, and others are not allowed to make drastic changes to them without the creator's consent. In addition to standard characters, games may also incorporate non-player characters (NPCs). Some NPCs have recurring roles, while others appear only briefly to aid in the writing of a scene.

STYLE: Forum RPs are frequently written in the third person perspective due to the fact that multiple players must share each scene, each with his or her character as the focus of attention. Common online game terms such as OOC (Out of character) are used to differentiate in-character from personal posting. The opening message or post of each scene typically lays down the scenario and describes a scene, or continues from a previously started scene. Threads then become an ongoing story in which players periodically advance the plot by reading the latest reply and then responding with what their character does and how the environment changes in response. These replies are often open-ended so that other players can continue.

Hopefully, you somewhat grasped the basics of Forum RP. Roleplay Paradisu offers various themes, ranging from Medieval to Sci-Fi. If you have been curious and clicked here and there, you may have noticed that many roleplays exist under one theme (for example: Medieval), having different settings, characters and maybe even rules. You may still be confused but I swear it is easier than it seems!

Our roleplay section is divided into three categories: 18+, For Everyone, Private. I will explain each bellow.

18+:
This is the adult section of our forum. There are really no limits (besides common sense and forum's general rules), meaning you can rape, eat or I don't know what else... whomever you want! Oh, just kidding. It isn't only about dirty stuff. Usually, darker and mature RPs are posted here, containing death, despair, sex, explicit language. If we catch you being underage OOC or IC we will kindly escort you to our 'kids' section and maybe even give you a warning as well.

For Everyone:
This is our 'kids' section. Well, not really. Underage users may join but adults can too! Here are where the happy, playful and simple RPs are posted. No explicit language, no sex, no graphic violence or death. Just be yourself and be innocent.

Private:
Private RPs usually concern two people but there is not a limit on how many people may join. Under no circumstances must anyone join those kind of RPs unless they have contacted the original poster beforehand. They are not categorized into 18+ or For Everyone as the original poster bears the responsibility to keep the roleplay on track. Besides the original poster's rules, the forum's general rules also apply.

A confused user wrote:Well uhhh, it's all cool and neat but how do I join a RP?!

Good question! Let's say you want to join the 18+ roleplays. Once you click the link, the first thread is "Character Sheets". You click on that and decide on what kind of theme you want to join (Linear, Medieval, School Life and so on...). So, you decided on "Medieval". That's right, you click that link again and you will find yourself in front of countless (or maybe none) RPs that are waiting for you to join. These RPs are totally unrelated to each other, featuring different stories, settings and characters. You find one that suits you and click again. In that case, you found that you like "Forget Me Not" and read the post. You will first meet the setting, then the character sheet you need to use and below those, the characters that have already been made by other users. You are a real champ so far so you decide to make your own as well. Characters are automatically approved but if the original poster finds your character/s questionable, he or she may nudge you to make a few changes. Anyway, you are all done with your character/s so you now want to RP at last!

Which brings us back to the first step. Go to 18+ again, ignore the "Character Sheets" and simply jump onto the "Medieval" thread. Find your RP "Forget Me Not", read the previous posts (if there are any) and then join the fun! That's it, you did it, you poor and confused user. Congratulations and we hope you will join other RPs as well if you wish.

Oh, that's right. There is no limit to how many RPs you may join, nor how many characters you may roleplay as in a single RP. Just be yourself and rule them all! And, the same example applies to the other category as well (For Everyone), excluding Private RPs where you may post the setting and characters on the first post (since Char Sheets do not exist).

Another confused user wrote:But I am a bit slow and did not get what you explained above...

An even more confused user wrote:I STILL DON'T GET IT!!!

I am afraid you are beyond our help.

Play-by-Post
Forum Based Roleplaying: Good or Bad?
Another Forum's RP Guide
And Another one's